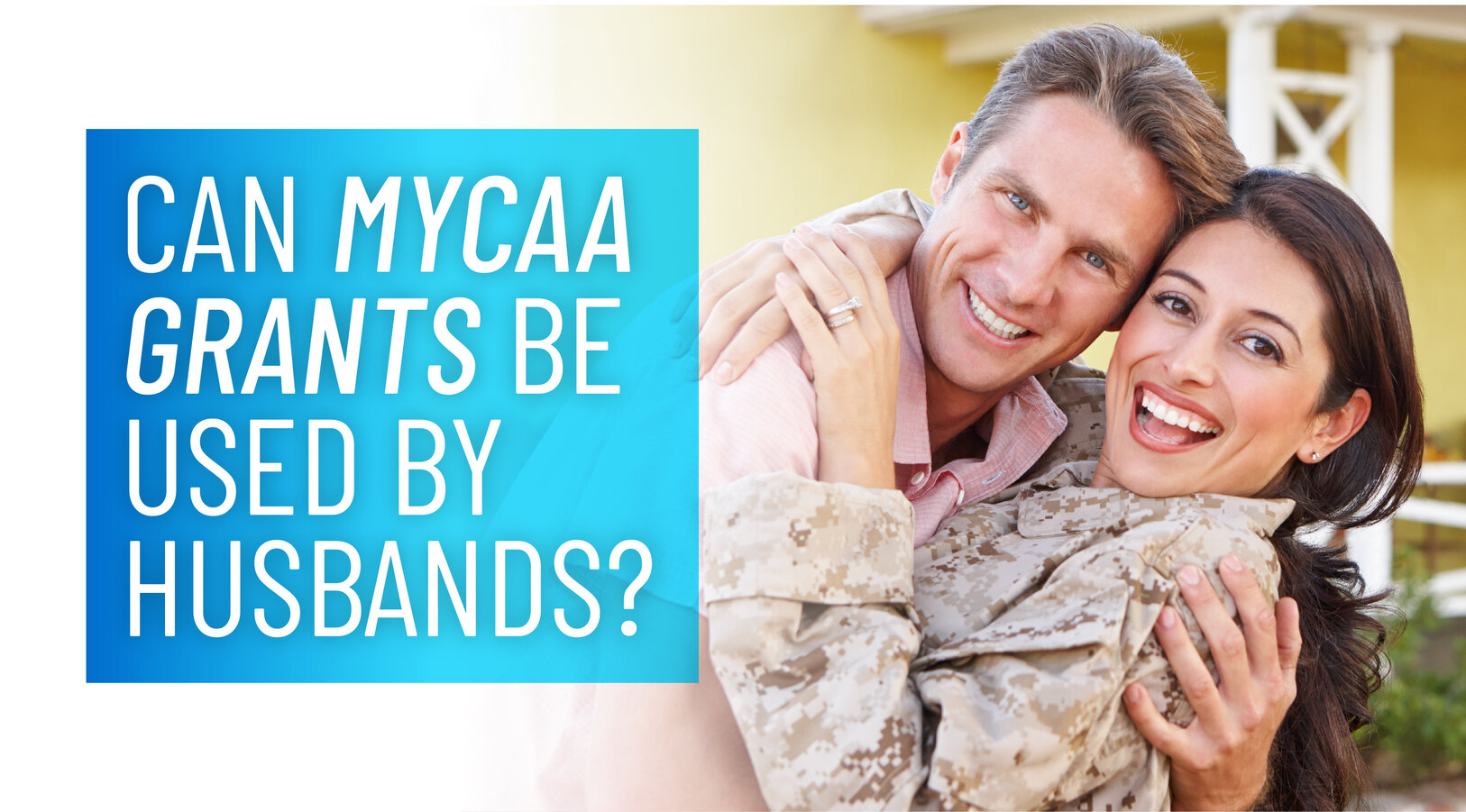 When we think of MyCAA, military wives often come to mind. But husbands too make up a considerable percentage of military spouses and they can benefit as much as military wives from obtaining a MyCAA grant. And like military wives, military husbands are in need of support too, considering that not a lot of media outlets or communities have them as an audience in mind.

How Many Husbands Are Married to Wives in the Military?

According to an article on AOL.com, 46 percent of the total active-duty women (207,308) are married. 48 percent of the spouses of these women are also married to active duty members. This means the remaining husbands account for 51,000. Like their female counterparts, military husbands also go through the same challenges: long periods of separation from their partners; raising the kids alone; changing zip codes and pursuing a portable career. This doesn’t even include worrying for the most part about their other halves. Fortunately, support systems for military husbands are picking up too, even if at a slower pace. The misinformed public is now learning more about the struggles of military husbands thanks to the internet.

In September of 2012, Military Spouse magazine had a gender-bending milestone when it featured a man named Jeremy Hilton on its cover and hailed him Military Spouse of the Year. Huffington Post also ran a story on military marriage, with an excerpt focusing on how military husbands struggle to keep their sense of identity after being displaced. Stripes.com also published a piece on the role reversal military husbands undergo, and the welcome and unwelcome changes that go with it.

According to Stripes.com, more and more online forums are cropping up as well that convene military husbands online and allow them to offer support to fellow spouses. Most of the above-mentioned publications highlight the military husband’s struggle when finding a job at their wive's new station and finding their place in the women-dominated military spouses’ groups. However, although not in an earth-shattering way, military husbands are now getting the help they need. Finding work may still be a bit difficult for some of these husbands, but the presence of online job fairs—yes, you heard that one right—and the prevalence of online career training programs can help military husbands transition into a new career.

MyCAA, the Department of Defense’s educational financing grant for military spouses, is also targeted at military husbands. The grant allows beneficiaries to avail of up to $4,000 in educational funding to cover for online training programs in the Information Technology, Legal, Business, Real Estate and the Allied Healthcare Field. It takes a lot of courage for men to keep an open mind as husbands, to be supportive of their wives on duty, and to juggle career and family life. As a proponent of e-learning and career training, we salute military husbands for their hard work! Speak with our representatives today to learn more about how we can help you train for a portable career.

END_OF_DOCUMENT_TOKEN_TO_BE_REPLACED

See if you qualify today.